A long time ago, in a country far, far away -- Called Fryslân -- a very daunting challenge was organised. The last time this happened was in 1996. This challenge was actually a tour, during which the participants had to ice skate through eleven pre-determined Frysian cities, over a course of over 200 km. Now as this event was held for the last time so long ago and keeping in mind climate change and stuff, we thought it became time for us to take the matters in our own hands.

I want to participate in "De tocht der tochten", "De Elfstedentocht", or, loosely translated, "The Tour of Eleven Cities". Now as I already mentioned, ice skating will not be doable any time soon. Our dads' Audis are just pumping too much fuel to stop climate change such that it won't be freezing hard enough any time soon. Question is then - how do we solve this? Is there a way to pursue our goal of finishing De Elfstedentocht?

As I usually do, I took a gold-yellow funcylinder and started dreaming. I dreamt of a tour at the faculty, past all student organisations! But wait... There was no ice skating, but only beer drinking involved. In my dreams I drafted the perfect concept of a competition where our associations would shine in. Leave behind the laffe borrelaars, Of course, not everyone is such a prominente pick that they can finish the Elfbierentocht - but neither is the Elfstedentocht!

When I looked at my hands, I was holding a stamp card. On this stamp card were eleven logos. Our associations' logos! I was at the start of a huge competition where within one evening, I had to visit all eleven associations to drink a beer there. Just like in the Elfstedentocht, I could collect stamps. And, to be fair, I'm not the weakest of beer drinkers. Hell, I've won the Tour de Francken. And I think it would be a nice addition to my reputation if I could collect all stamps during the Elfbierentocht.

I open my eyes and start to work out the logistics. Contacting other associations, making promotion material, setting up this website... And now the moment is actually there!

During this event you will try to clear 11 craft beers. This event is not for the unskilled. Eleven stamp posts will be set up, all having a separate craft beer. Goal is to collect all eleven stamps while getting to know all the other study associations of the faculty. Costs are at most 16 euro's, but your association may subsidise part of this. The event will take place on February 20th from 17:00 onwards. More information on the exact time schedule will be added soon. 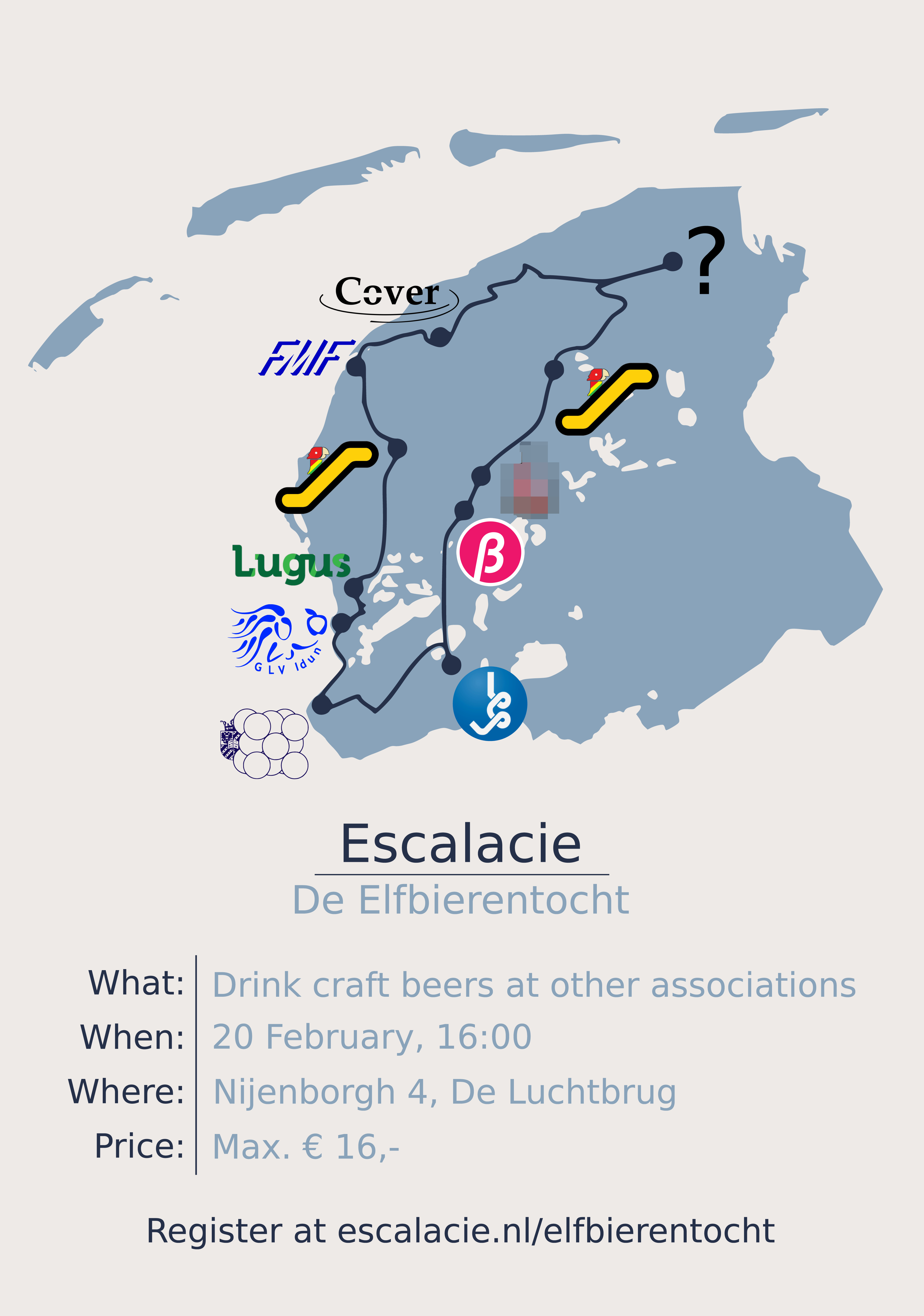